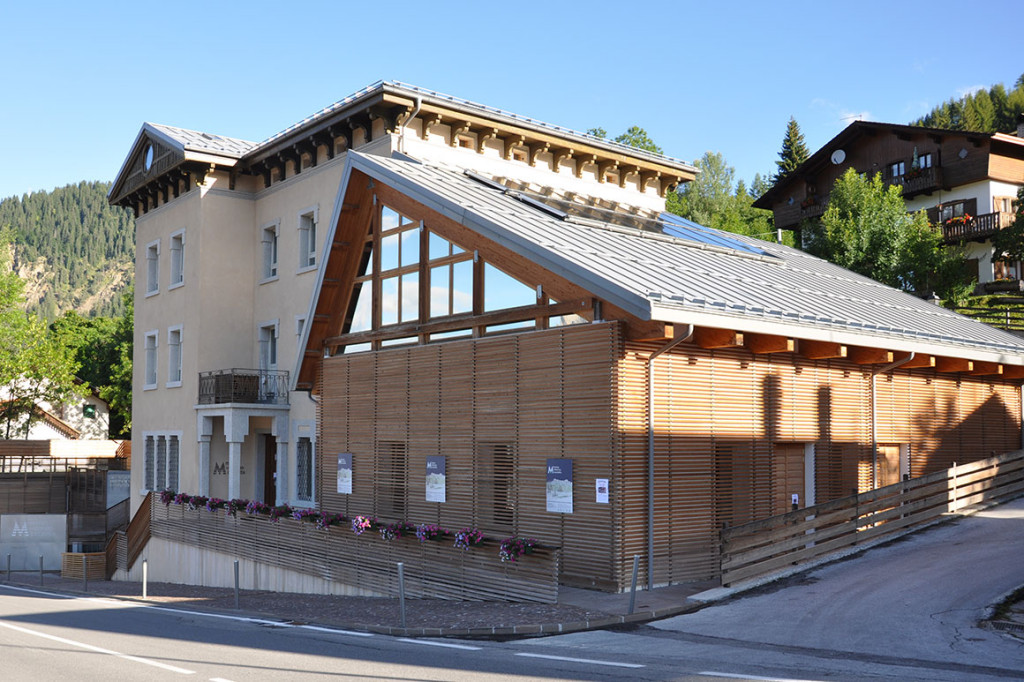 In 1982 the Civic Museum of Val Fiorentina was established with the collection of fossils of Vittorino Cazzetta as its main exhibition. Shortly afterwards, important international discoveries, in the fields of geology and archeology, carried out by this self-taught scholar, contributed to the growth of the museum to such an extent that it required radical restructuring, with the expansion of the building and new layout, opened in 2010. Vittorino Cazzetta died prematurely and tragically in the mountains in 1996: now the museum is dedicated to him.

It is a Paleontological, Archaeological and Historical Museum whose main findings consist of a mesolithic burial plant complete with a funeral set found in Mondeval de Sora and a huge map of the surface of a boulder fallen from Monte Pelmetto with dinosaur prints. The Museum has recently been restored with important interventions that involved both the venue where it is housed and the outfitting.

The Vittorino Cazzetta Museum is spread over four floors of a beautiful building owned by the Municipality of Selva di Cadore and has, besides its exclusive car park, various facilities. In particular on the ground floor there are the ticket office, the library, the wardrobe, the bookshop, the cafeteria and a conference room; On the first floor, however, the geological-palaeontological and archeological section is developed, while the second floor includes the protohistoric and historical section and the audiovisual section. In addition, in the basement opening to the front of the road, a large exhibition space was used for exhibitions and cultural events.